Girl texts me: I look at you just as a friend...

Met this girl once and we chatted for a bit...I got her number and haven't seen her for a few weeks but we've been texting and I've had multiple trys at getting her to meet up...

we we're texting a little a few hours before this...

me: Where are you at

her: I saw you in class

her: So as a friend yeah

me: Lol okay. You stalked me in class and didn't say hi...

Okay so now it seems like she is on the offensive but I'm a bit weary b/c she doing it from the frame of 'friend'. Also thinking she might've done that to take some pressure off her b/c now she is seeming a bit more confident than before...

her: Lol you were too far away. Next time I will yell and say hi. :)

her: Hope it doesn't get captured in lecture capture

me: I hope it does and I hope your voice cracks like a little weasel when you do it!

None of this is fun, AT ALL. You're vibing horribly with her, THEN tell her she's the worst texter and worst at meeting up e.g. you're placing a lot of needy type expectations on her.

You mentioned something about her acting more confident probably because she's now very sure of the power dynamic and the fact you failed out. Concentrate on being AWESOME, and making her WANT to hang out. Don't ever go the guilt trip route it SUCKS.

What I posted is only after a few failed attempts to meet up.. didn't give any of the back story. I met her like 3 weeks ago and we we're supposed to go out then; I met her in the library and went to take her for icecream straight from there but then it started thunderstorming and we we're walking, we went back inside and just chilled and talked for a little then took her number and we've been texting on and off a few weeks....

(heres texts from a few days ago kind of leading to the convo I posted...not saying it's  much better but I just wonder if you'd say the same thing if you knew more of the convo... Let me know where I could've made real shit happen)

me:How'd your weekend treat you

Her: It was nice. How was yours?

me: Okay that got us nowhere. Let me help you. I went back to my alma mater to send my young cousin off to graduation, they grow up so fast. ;(

her: That is so cute.

her: I have younger siblings and one is growing so fast. She will be in high school next year. So I know they do grow up so fast. :(

her: I went to a pre Eid festival (Muslim religious holiday which marks the end of Ramadan). And on Sunday, volunteerred in Baltimore to clean up...Crazy protests in my city...

me:Btw are you on facebbok, I want to make sure you're not an axe murderer who stumbled into DML one night

her: (1 min later): Lol. No, it doesn't start until June. But we also can't drink water when we fast. And Eid is all about buying gifts for the needy, wearing new clothes, feeding others etc. And it will be hot outside in July, so they did the pre festival early this year.

her: I have deactivated Facebook. But I promise when I activate it, I will add you. What is your last name

me: Wait but you just said the festival marks the end of Ramadan.

me: Helping feed and clothe the needy...how kind of you ;)

her: Yeah but this was shopping for the festival.

her: Haha I like your last name. American names are so nice

me: Btw it reads '(how to pronounce my last name)'

me: I imagine the thought of fasting has got you thinking of greasy deliciousness

her: (2 hrs later): Ahah I know. That is what Ramadan is all about. Our dean's last name was (my last name).

me: I am going to tease you so hard with food pics all throughout Ramadan ahha ;P

me: What are you up to later, I think its time we kidnap Bertha

(When we met she told me her landlord live with her in the house and that she was a big angry older woman who would yell at her cats and tlak to herself, we were laughing about her in person so that's what I opened the text convo with a few weeks back, I gave her the name Bertha, ya know b/c Bertha the sleeping giant)

her: (10 min later): Haha Bertha is still cray cray.  I am in VA at a friend's house watching the walking dead.

me: That sounds fun. Don't you need to be studying neuro

me: I say we tie her up and giver her YouTube videos of cats to watch (opposite of torture)

me: I have been binging on game of thrones myself, guilty

me: But at least she won't be able to keep you on curfew haha

her:(20 min later): Haha she loves cats. She will love that punishment. I have finished all leaked episodes of got. :/ I have no life and two episodes left for walking dead

her: I should be

her: I know nothing about this exam. And I never come to class

Her: Audio is also messed up for the second lecture of visual system

her: No motivation to study

her: (2 min later): Last 2 exams were easy they better make these easy too

me: (1 hr later): I guess I could be a good influence on you, if you wanted to meet me later when I'm on a study break I wouldn't say no

(we're texting back and fourth like a mother, then when I want to chill no answer, maybe shouldve just left that hanging there a little longer since I took an hr to answer before)

me: (50 min later):Make sure you finish walking dead before meeting up with me first tho and don't ruin got for me or else

her: I just started studying for exam

her: A little freaked out

me: (7 min later): Haha relax! Take you're time and learn the stuff it'll be all good. PS. Forcelli's stuff is not on the test.

her: It's a lot of materials

me: Haha the next few days are going to suckk

her: Yeah and I barely studied. Last 2 exams were a joke and underestimated this exam. They better make this easy too. 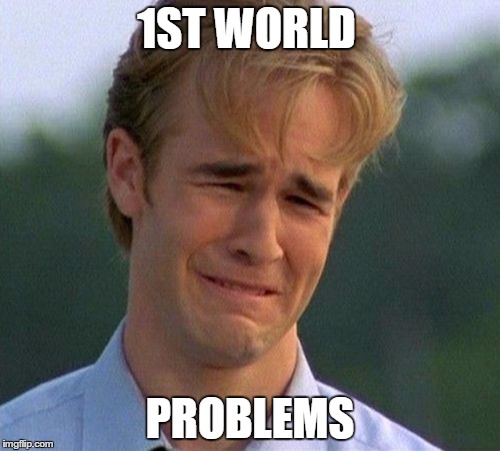 me: Where are you studying

(maybe this was bait that I should've taken..)

me: Same. Come by Gtown later. I'll walk over to campus when I can't sit here anymore.

Me: (after midnight): All good. Somebody else kept me company wasn't the best but it was someone

me: how'd your day turn out

me: Let's do something later

me: Actually just come study by me. We'll procrastinate together.

her: No sry. I need to study

her: I can't study well with others

me: it was only a joke. I am study too obviously

(Then the rest continues from where I've posted)...Like why would she even answer me with the 'ehh its going' if she didn't wanna meet up.)

Same exact issue as last time you're way too needy and obsessive-compulsive with trying to get her to meet up. Have FUN, tease her make her WANT to show up. Reread the 19 Laws article.