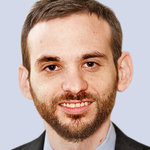 ARE you confused by sex? I certainly am.

One of the many reasons sex is puzzling is that we lack reliable data. People lie to friends, lovers, doctors, surveys and themselves.

Three years ago, when I was a graduate student in economics, I began to write about how new data, particularly Google searches, could give us fresh insights into socially sensitive topics. Since then, many people have asked me to write about sex.

I was wary because I wanted to do more research. Now I’m finally ready to report. Call it everything you always wanted to know about sex, but didn’t have the data to ask.

Let’s start with the basics. How much sex are we having? Traditional surveys are no good at answering this question.

I analyzed data from the General Social Survey, a classic source. Heterosexual men 18 and over say that they average 63 sex acts per year, using a condom in 23 percent of them. This adds up to more than 1.6 billion heterosexual condom uses per year.

Heterosexual women say they average 55 sex acts per year, using a condom in 16 percent of them. This adds up to about 1.1 billion heterosexual condom uses per year.

Who is telling the truth, men or women?

Neither. According to Nielsen, fewer than 600 million condoms are sold every year.

Americans may also be exaggerating how often they have unprotected sex. About 11 percent of women between the ages of 15 and 44 say they are sexually active, not currently pregnant and not using contraception. Even with relatively conservative assumptions about how many times they are having sex, we would expect 10 percent to become pregnant every month. But this would already be more than the total number of pregnancies in the United States (which is one in 113 women of childbearing age).

Men who have never been married claim to average 29 condom uses per year. This is more than the total number of condoms sold in the United States to married and single people combined.

Married people probably exaggerate how much sex they have, too. On average, married men under 65 tell surveys they have sex once a week. Only 1 percent say they have gone the past year without sex. Married women say there is a little less sex but not much less.

What online searches reveal about sexual frustration and insecurity. 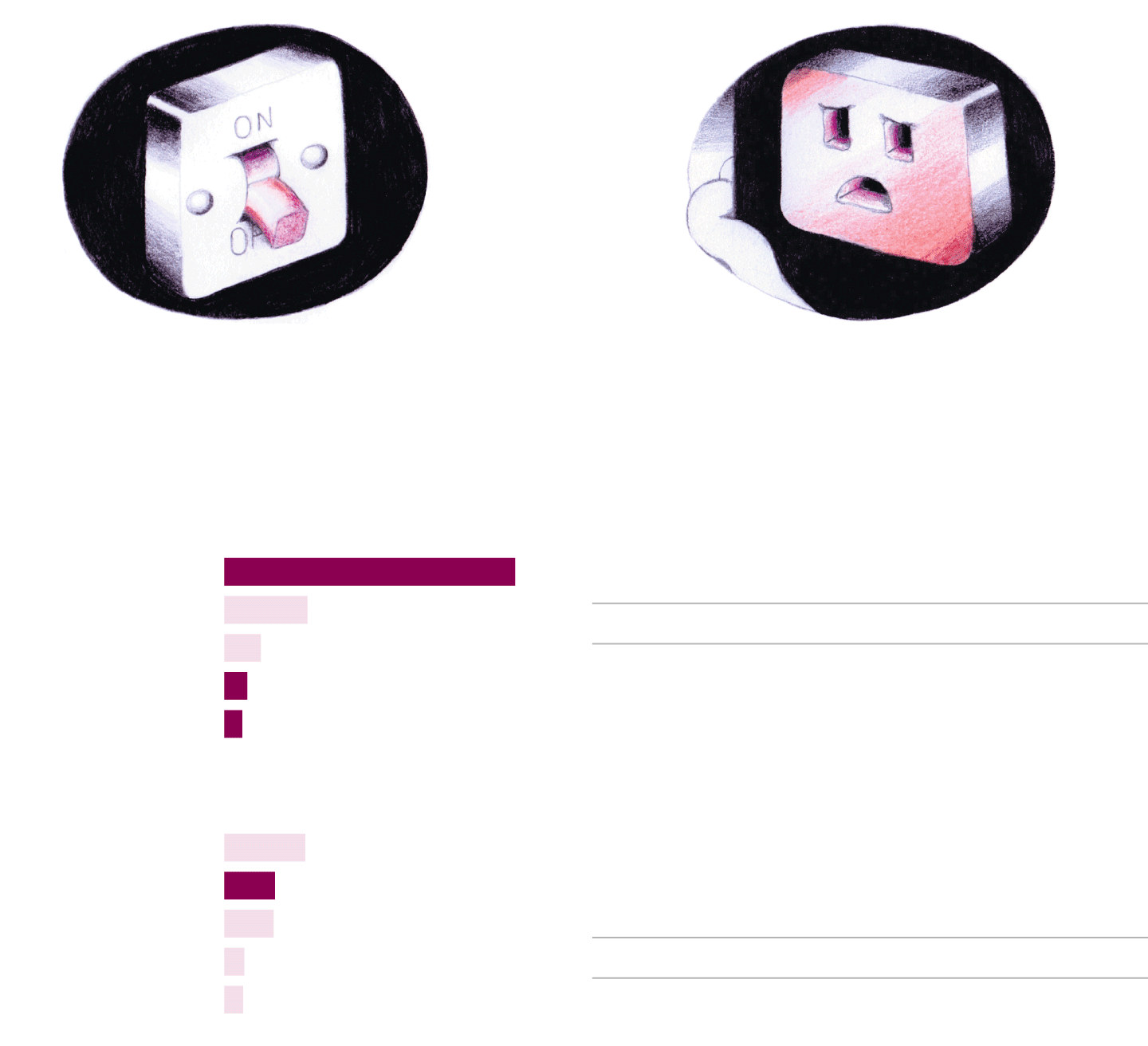 LET ME GUESS: TOO TIRED AGAIN?

Lack of sex is a big complaint by those in relationships, especially husbands and wives. Top 5 complaint-related search terms for these phrases:

Among married couples, sex avoidance is closer to a draw:

Google searches give a far less lively picture of sex during marriage.

On Google, there are five and a half times more complaints about an unmarried partner not wanting sex than an unmarried partner refusing to text back. There are more complaints that a boyfriend “won’t have sex” than that a “girlfriend” won’t. Complaints about “husbands” and “wives” are roughly equal. (One quick point about sexuality. I am assuming that a large majority of searches with “my girlfriend” or “my wife” are by men. In a previous article, I argued that more men are gay than surveys suggest and that the closet remains a cause of huge amounts of secret suffering. But I also found that about 95 percent of men are heterosexual.) Taken altogether, the data suggest that Americans manage to have sex about 30 times per year — or once every 12 days.

Sex can be quite fun. Why do we have so little of it?

Google searches suggest one predominant reason: enormous anxiety, with much of it misplaced.

Start with men’s neuroses. It isn’t news that men worry about their genitals, but the degree of this worry is rather profound. From a Google search alone, we cannot know the gender of a user. However, we can often make a pretty good guess for searches about sex and body parts, like “my penis ____.”

Men Google more questions about their sexual organ than any other body part: more than about their lungs, liver, feet, ears, nose, throat and brain combined.

Side note: One of the more common questions for Google about a penis is “How big is my penis?” That men turn to Google, rather than a ruler, with this question is, in my opinion, a quintessential expression of our digital era.

Do women care about penis size? Rarely, according to Google searches. For every search women make about a partner’s phallus, men make roughly 170 searches about their own.

TRUE, on the rare occasions women do express concerns about a partner’s penis, it is frequently about its size, but not necessarily that it is small. More than 40 percent of complaints about a partner’s penis size is that it is too big. “Pain” is the most Googled word used in searches with the phrase “___ during sex.” (“Bleeding,” “peeing,” “crying” and “farting” round out the top five.)

One percent of searches looking to change one’s penis size are seeking information on how to make it smaller.

Another major sexual concern is climaxing prematurely. Men’s second-most-common sex question is how to make their sexual encounters longer.

Once again, the insecurities of men do not appear to match the concerns of women. There are roughly the same number of searches asking how to make a boyfriend climax more quickly as climax more slowly. In fact, the most common concern women have related to a boyfriend’s orgasm isn’t about when it happened but why it isn’t happening at all.

We do not often talk about male body insecurity. And while it is true that overall interest in personal appearance skews female, it is not as lopsided as stereotypes would suggest. According to my analysis of Google AdWords (also based on anonymous, aggregate web activity), interest in beauty and fitness is 42 percent male; weight loss is 33 percent male; and cosmetic surgery is 39 percent male. Among all searches with “how to” related to breasts, about 20 percent ask how to get rid of man breasts.

What can this new data teach us about women’s insecurities? Every year, in the United States, there are more than seven million searches looking into breast implants. Official statistics tell us that about 300,000 women go through with it annually.

Women also show a great deal of insecurity about their behinds, although many women have recently flip-flopped on what it is they don’t like about them.

In 2004, in some parts of the United States, the most common search regarding changing one’s butt was how to make it smaller. The desire to make one’s bottom bigger was overwhelmingly concentrated in areas with large black populations. Beginning in 2010, however, the desire for bigger butts grew in the rest of the United States. This interest has tripled in four years. In 2014, there were more searches asking how to make your butt bigger than smaller in every state. These days, for every five searches looking into breast implants in the United States, there is one looking into butt implants.

So Much to Worry About

What searches reveal about our anxieties. 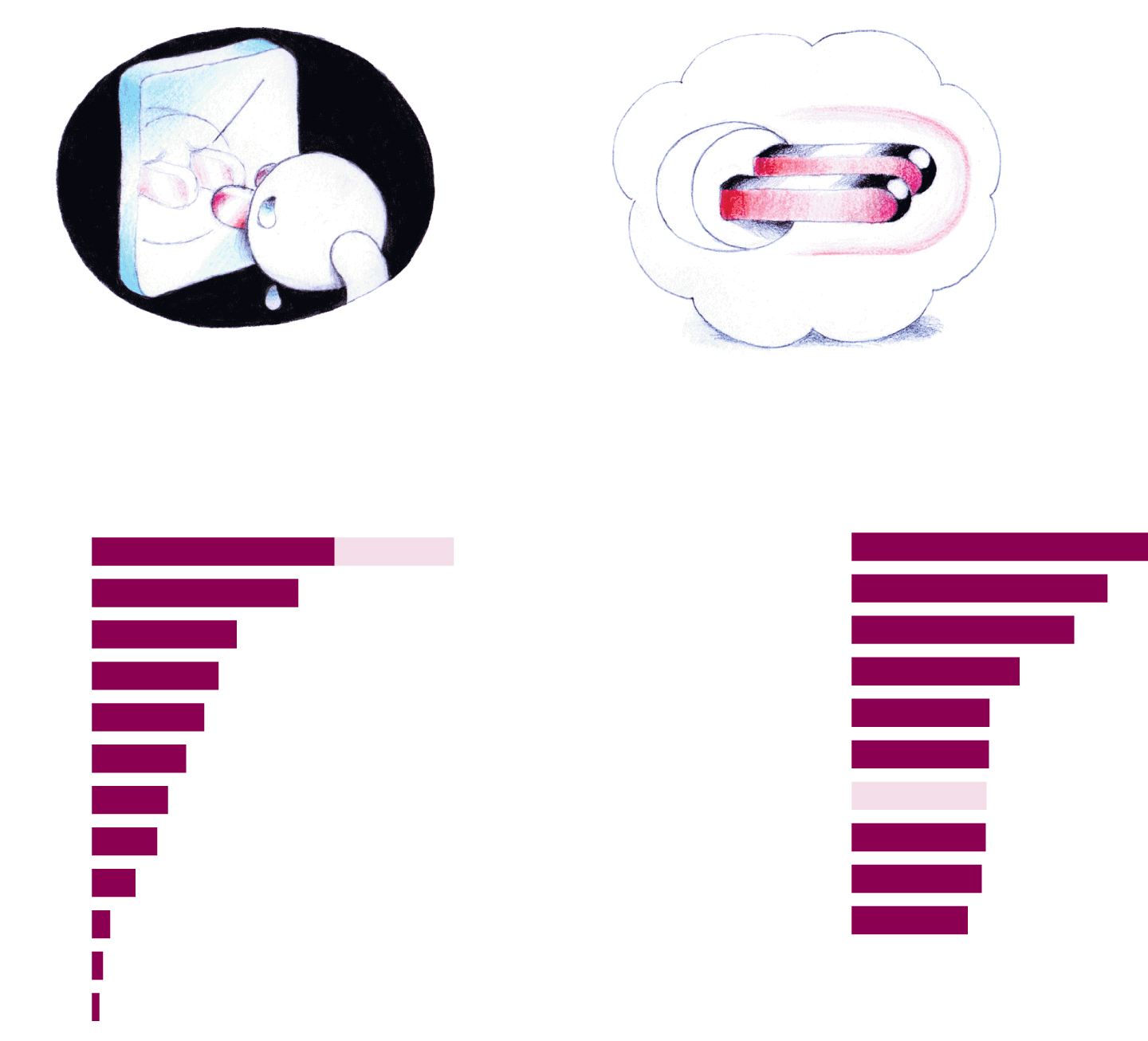 Of the Top 10 questions about “my penis,” nine involve size. Average monthly searches for this phrasing:

how to make my penis bigger

how to make my penis longer

how big is my penis

why is my penis small

how can i make my penis bigger

how big should my penis be

why does my penis smell

how do i make my penis bigger

how to enlarge my penis

why is my penis so small

It seems strange that people ask Google these questions about sex and related topics. As I read the article it occurred to that any...

This also an interesting lesson in how easy it is to draw hasty conclusions from data when too little conceptual analysis is done regarding...

I have no faith in one aspect of this "new data" analysis column, and that doubt taints the conclusions. Using Google search data to find...

Google searches about one’s wife and breast implants are evenly split between asking how to persuade her to get implants and perplexity as to why she wants them.

Or consider the most common search about a girlfriend’s breasts: “I love my girlfriend’s boobs.” It is not clear what men are hoping to find from Google when making this search.

In general, men do not make many Google searches involving a partner’s genitalia. Men make roughly the same number of searches about a girlfriend’s vagina as women do about a boyfriend’s penis.

When men do search about a partner’s vagina, it is usually to complain about what women worry about most: the odor. Mostly, men are trying to figure out how to tell a woman about a bad odor without hurting her feelings. Sometimes, however, men’s questions about the odor reveal their own insecurities. Men occasionally ask for ways to use the smell to detect cheating — if it smells like condoms, for example, or another man’s semen.

I know I am obsessed with Google searches and other new data sets. I ask myself all the time whether I am taking it too far. Every researcher, no matter how grounded in data, can let his biases get in the way of the truth. This data is all public. Other researchers will undoubtedly add their own interpretations and ask new questions.

Dan Ariely, a psychologist at Duke, offers a reason for caution in interpreting this data. While most data sources underestimate sexual thoughts, he suspects that Google may overestimate them.

As Professor Ariely put it, “Google is a reflection of what people don’t know and need extra information about.” If you want to know how to make omelets, you may just ask a relative. You are less likely to ask your relatives about penis enlargement.

Another surprising thing about “big data” is how small it often is. Many people expect that any given Google search will be made millions of times. You may look at the accompanying graphic that includes the total monthly search volumes for various phrases and think, “That’s it?”

People do not type everything they think into Google. Google data is a small sample of everybody’s thoughts and concerns. It is suggestive, not definitive.

I AM hardly an expert on sex. Professionally, I am neither a psychologist nor a sex therapist.

But here’s what I think.

Just about every study I have done relying on Google searches made me feel worse about the world. Huge numbers of people are racist and sexist; far too many children suffer from unreported abuse. But after studying the new data on sex, I actually feel better.

This data makes me feel less lonely. In my previous studies of Google data, I had found the viciousness that humans often hide. But this time around, I have seen our hidden insecurities. Men and women are united in this insecurity and confusion.

Google also gives us legitimate reasons to worry less than we do. Many of our deepest fears about how our sexual partners perceive us are unjustified. Alone, at their computers, with no incentive to lie, partners reveal themselves to be fairly nonsuperficial and forgiving. In fact, we are all so busy judging our own bodies that there is little energy left over to judge other people’s.

Maybe if we worried less about sex, we’d have more of it.

I thought you were no more on the serp but no. It's cool.