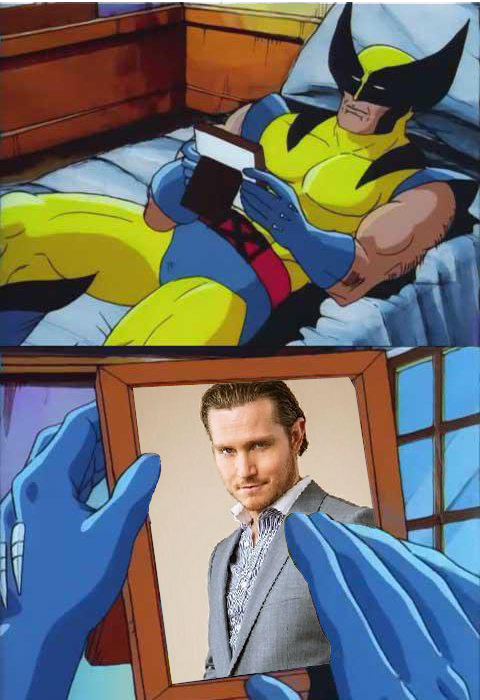 I spit my beer at my keyboard when I saw this. Lol. RIP Todd. But something tells me he'll be back, ;).

All this being said... if Papa keeps robbing Tyler of all the "sources" he's surrounded himself with, will his golden hen continue to lay golden eggs? Only time will tell.

And if now so many ex-Rsd A-listers have gone off on their own, either forced or otherwise... WHY would anyone really care about joining that company if it's been proven over and over again that they can do it on their own? Other than a quick boost of fame? Papa's only going to reap what he sowed.

Papa has worked to destroy himself over and over again. As Tyler told me years ago, "Papa's the kind of guy that would shoot himself in the head if he thought the bullet would keep going and kill his enemy." This is nothing new, but this could be the final straw.

This is what ruined my relationship with Papa almost a decade ago. I could not stand by while he treated interns like personal slaves, and subsequently set up the entire company to work on the backs of free labor from young men that got nothing in return but a false sense of validation. It's the same business practice at play here with Todd.

Alex (ex-Rsd) has already dropped the bomb of Rsd Tyler's special "status" (I will not confirm or deny) .. which would mean that Tyler actually holds no part of the financial reins of Rsd. Which stands to wonder..   does Papa have Tyler under some sort of financial slavery? I haven't associated with the Rsd guys for years, but I heard he's only renting a room in a Hollywood Hills mansion, doesn't actually own it. He's never owned a car or driven in the States (for reason stated above).

What really IS going on?

This seems more like The Wizard Of Oz every day..

Taking the chode on the yellow brick road. We're off to see the wizard.