Meet up with model chick off Tinder.. banged her in the bathroom

It was this model chick I met off tinder. She has been cooked for a while, but either my schedule or her schedule conflicted where we couldnt meet up...until now. I met her at this sick bar in the city. It had classic arcade games like donkey kong, tetris, pacman. That sorta thing. It was pretty sick. I see her and right off the bat I pick her up and kiss her on the cheek. I then proceed to lead her into the bar. She was underage so she was scared she was getting id'ed. I put on the presence that we were going in and there was nothing they could do about it. She found this sexy, I could tell. I then go on about kicking her ass in some games as promised. So I play her in some racing game. Which of course I do kick her ass. I eventually take her to the bar and said I win so you get first round and Ill take care of the next. I then notice I get a bit touchy with her and she is resisting a bit. So I step back and tell her to watch me play this game. I get really into it. Basically start yelling at the game when I fuck up. Or jumping for joy when I win. It was a demonstration of my masculinity. I can tell this girl is getting hot and ready for this. So I tell her the bathrooms here are pretty cool since they have people tagging it up all over in the mens bathroom. She says that cool. So I go to show her the mens bathroom. She gets a little hesitant cause she doesn't want to get in trouble. I go on about the adventure and its our little secret. She complies and I take a look if anyones in there. So I yank her in and make out with her. She is rubbing and caressing me so I shove my hand down her pants with no hesitation. I start finger banging this chick and she is moaning like crazy. So I whip out my cock and say "My dick says hey, say hi back" She goes "hey", Then I say he likes to be at a respectable level when spoken to. She goes "hey" on her knees now. I put my hand on the back of her head and she starts sucking. I can tell this girl isnt experienced. I pick her up and rip her pants right off when I put her on the sink. I get the condom on and bam I am fucking her like a race horse. All of a sudden after a good 6 minutes I here a banging on the door. We whip our clothes on and I peep the door open and say how I am blasting out the toilet with diarrhea. This chode complies, I tell him the girls bathroom is good. He listens. I go back to fucking until i jizz in the condom. I pull her out the bathroom and grabbed some drinks for me and her. I love how I meet these girls that are busy. She says she has to go cause she has an open call in the morning in the hamptons. I say cool. I walk her to her car and kiss her goodbye. I was talking to her the next day and she basically goes on how she isnt used to guys like me and I basically insinuated the leave.

This is all thanks to MW you're awesome bro.

This was all done through excessive training with MW. He got into my head for the past 3 months of training. I really started out like a huge chode who wanted my hand to be held in every possible situation. This coaching has helped me grown more into a man. Not only has this helped me with relationships with women, but friendships and networking has improved as well.

This right here is perfection. All the way to handling the chode at the door. Dayam, son.. you have arrived.

Damnnnnn this is fucking awesome!

Absolutely perfection. You killed it.

Would be cool to see some tinder text convo of how it initally went down. 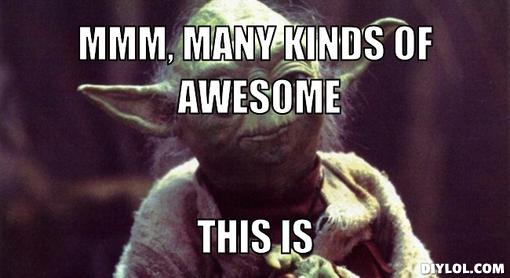 Now how exactly did you fuck her in the bathroom, like what was the positioning lol?...I never understand this :p

Now how exactly did you fuck her in the bathroom, like what was the positioning lol?...I never understand this :p

Lol it's not rocket science, you can figure it out. Typically I'd turn them around and have them support themselves with their hands on something and I'd enter from behind. You can also have them facing you and sit them on a counter or something but have them lean back.

I bang a lot of tall girls so it's hard to fuck them doggs unless they spread their legs to lower their hips. Lot of girls I can't fuck if they're kneeling doggy, instead have to lie them down.

Love them tall bishes but they really fuck things up.