Predator and Prey: Strong Lessons From The Plains Of Africa On How To Get More One Night Stands (Lay Report) 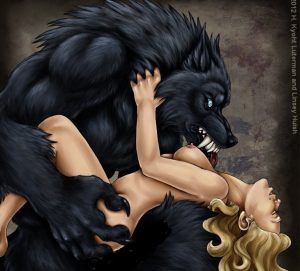 I come off the elevator, immediately in front of me an entire herd of girls moves past. I stalk into the middle of them like an angry bull. The look on my face says it all. Undisguised arrogance, even anger. But calm.  Predator mode.

And the women can sense it. They're immediately titillated. Several giggle excited and watch me, in gleeful anticipation of what's happening. A few of them are less dramatic about displaying it, but they're all fans. I scan them quickly, stepping in front of each of their paths as I look at them, instantaneously scrutinizing them. They know what this is, they're almost in awe, unquestioning of it.

Some of them look at me wistfully. They're cute. But they're signaling they're still just little girls. I pass them by. They need to grow up a little. Sadly many of them never will.

I move casually yet efficiently, scanning and screening. And then without warning I come face to face with a girl who's altogether different. She looks back at me coolly, no fear in her eyes. She's intrigued, unafraid. She's fucking sexy. This is a real woman.

I gaze at her with a fixed stare, intense yet strangely soft. In the grip of something primordial, less human more animalistic. I make her feel it.  Never nervous, zero hesitancy, a complete absence of self-doubt. I don't shy away from the super heightened levels of intimacy coming so quick and hard, I stay in it with her. I create it.

She opens her mouth and a British accent comes out. I realize they're all chittering in British accents. Well that certainly seals the deal. We're done here.

I back her out of her swarm of friends, locking eyes with her, gently stalking towards her and forcing her slowly backwards out of her circle as they continue moving forward. She's surprised but also quietly excited at how seamlessly things seem to be progressing.

Welcome to the benefits of male aggression, ;).

Her friends look at her in admiration as they go. They're happy for her, even a bit envious. They can't give themselves permission, but they are genuinely happy for her. This is a lovely group of ladies ;)

We talk for a bit as we move together. Nothing important, I keep my answers on the shorter end, my tone low. Emotionally we're already in a great place, there's absolutely no need to raise the energy in the slightest. She asks me the things she needs to to feel safe and comfortable with me. It's not much because the experience we've had together is already so intense she's completely invested in experiencing its natural consummation.

We start to move towards the parking garage, it's already been quietly and mutually decided between the two of us what is going to go down, almost without words. Now it's just a matter of handling simple logistics. But all of a sudden I see her group of friends ahead have a concerted change of heart. The group halts and huddles at what they perceive to be the bottleneck of the casino. Meaning though they had [thoroughly enjoyed] the experience of a [wild man] coming in and making off with their girl, it was time to run [the cockblock] now and recollect their friend before going home. My girl looks ahead and sees them, her face showing a microsecond of disappointment before resigning herself to what she thinks is her fate. "Oh there are my friends! Let's go talk to them." I chuckle. Her and I both know if we go meet them we're not leaving alone together again. But it's up to me to make this happen, not her. This is the unspoken rule of predator and prey, man and woman coexisting on this level together. The man makes it happen, or nothing. I quickly guide her in another direction, then around and through a few gambling machines. What her friends had thought was the bottleneck to the exit was in fact not. ;)

I get her back to my car and away we go. She has lovely legs underneath her black dress. I slide my hands up and down them intermittently as I shift through gears on the way back to the bat cave.

During the car ride her mood goes through different swings. She's happy at first, then not so confident. She waits. Slightly nervous, skittish, gauging my intentions. This can go either way. She knows this. She's been hurt before, but she's also hopeful.

I let her stew in her juices, I don't try to actively manage how she feels at this point. I'm not going anywhere, and neither is she ;). And the flavor of a woman who doesn't quite know yet whether to surrender to her fear or arousal is like nothing else.

She asks me if I have alcohol back at my place. She asks if I have coke. She even gets a little fretful, I can tell she's reconsidering whether this had been a good idea or not.

I can toy with my emotions. I will toy with hers. Nothing personal it's just the ride she's on. I'll let her off afterwards safe and sound. But until then she gets to experience the exquisiteness of life in the hardness of my maleness.

I am the wolf. She is the lamb.

We get back to my place, she takes a seat on the couch and I go to make us drinks. She's still a bit fretful here 'n there, asks me again if I have coke. She's not having as much fun as she was earlier ;)

I'm calm, deadly calm. I look at her. I know she is mine. But still I pause, I wait. There is a calm before the storm. An eye in the midst of the inferno. And I can turn it on and off at will.

She looks up at me as I walk over to her with her drink. She takes it from my hand. I slowly lower my glass to the carpet and set it down gently. I get on one knee, I move closer to her. We look at each other. She is anticipating something but not sure what. I grip her legs above her knees, then her hips and thighs. I drag her towards me. Her dress opens up to me, right at the level of my face. I lift her legs up and spread them, placing one on either side of my head. I pull her in the rest of the way towards me, and lock eyes with her. She tightly squeezes her glass to keep it from spilling. Her eyes wild. Her legs are spread before me, I reach in and deftly slip aside her panties. I lean in and take a bite of her pussy. I devour her while looking into her eyes. She tries to maintain eye contact with me, but her gaze loosens then stops as her eyes roll back up into her head. The experience is too much for her. ;)

After a bit of this I stand up, pull her forward off the couch, and onto her knees. I present my dick to her, she goes to it like love long lost. She is incredibly enthusiastic about jamming it as hard and as fast as possible, as far back in her mouth as she can go. Which is pretty far.

I then pound her out in every way imaginable. Enjoying taking her body in as many positions as I want to see her stretched out in. Listening to the sounds of sex coming from her mouth in a British accent makes me want to keep going. I make her tell me how much she "loves my cock" repeatedly. I'll never forget the way it sounds.

Afterwards we get some McDonald's and I walk her back into the casino I picked her up from. She takes off never to be seen again. Twenty minutes later I pick up another girl from the same lobby and take her back home.

Some of you might be put off by the arrogance of this story. Don't let yourself be. There is a certain strain of arrogance that is pure in nature. A level of elite masculinity to it that is right and proper and has its place not just in evolution, but in the happiness of pursuits, the fuel that drives the masculine, the personal desire and will to succeed, and the steel resolve needed to keep going in the face of potentially insurmountable odds.

It's right, it's righteous, to still be able to prove our worth to a woman before she lets us in. 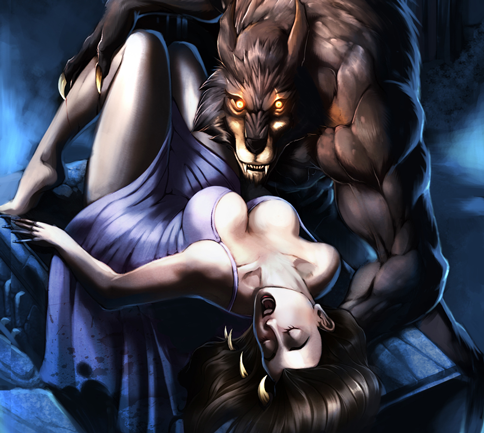 And for those men that attempt to tame or temper the romance they show to women.. as we say in the riding world.. the corner isn't going to match itself to our riding style, we have to match our style to it. And this boldness, this lack of hesitation, lack of fear of intimacy, is what it takes to meet and connect with women on a truly romantic level. They recognize it. It's in their blood, their biology.

Some women might be pissed off reading this. But it's not for the reasons they claim. It's because they're jealous, most will never get to experience something like this. They feel so validated demonizing men such as this. Little do they know the zeal they feel, the indignation, has more to do with their own petty female mating competition rituals than anything else.

When a woman gives you "the look",  you know.. she wants to have a peek. A little taste. She wants to feel the wildness, the utter abandonment of giving in to the dictates of the masculine. To experience the unyielding strength of what being a male, being with a male, is like.

Even if it ends up being just another exciting story to tell her friends, or maybe keep to herself, the experience is overwhelming and sensual enough that she wants to surrender to it.