Met this fairly cute chick at a buddys frat party... I was pretty drunk and she was relatively sober(what she told me later).

Danced, made out, lead her around a decent amount.

I tried to pull her but she said she was a virgin(despite being 21 lol).  I told he we'd just hang out but she still wasn't down to come.  It was early in the night and she had to leave early anyways so I just got her number for later.  She seems pretty chill.. probably just hasn't gotten laid because guys suck.  def didn't seem like the clingy type looking for a boyfriend.

Also I reread the 19 rules of text game and realized my get home safe text sucks lol.  Also the followup text I sent to the other girls also sucked cause only this chick replied.

I was kindoff rushed when texting her cause I was at the airport.  This was yesterday, probably gonna reengage tomorrow. I'll be back in Toronto later this week so gotta keep her warm until I can set up a meetup when I'm back.

Me: Her name - My name
Me - 48 mins later: Get home safe :)
Girl - 17 mins later: Thank you I did
Me - 14 hrs 50 mins later: I raided a mcdonalds on the way home and somehow stumbled into myself bed lol. How's the hangover treating ya
Girl - 9 mins later: I didnt drink much so non existent
Me - 39 mins later: Lol sweet I'm in line at the airport what kind of adventures are you getting into tn
Girl - 26 mins later: Probably a wild night of watching movies
Me - 25 mins later: Haha can't beat Netflix and wine. I'm gonna nerd out on some reading on the way to D.C
Girl - 1 min later: What are you reading?
Me - 7 mins later: Meditations by Marcus Aurelius. He used to be a roman emperor who studied stoic philosophy
Girl - 8 mins later: So just some light reading? lol
Me - 40 mins later: Just rereading it lol.
Me - 2 mins later: Haha I can tell you about it as well as my more interesting adventures when I get back from DC ;)
Girl: Okay haha

Holmes you got to run strong sexual disqualification on girls like this. I'll just put it this way.. if I don't do it, I don't get laid with these girls. So yeah.. it's fucking important.

And you FIND A WAY to do it. Usually it'll just pop up. In this case you take the whole virgin thing and you "use it against her".

"Oh you're a virgin, huh. Yeah not sure this'll work. Too bad 'cuz we get along super well I like your energy. But you're a virgin, oh well. We'd probably have great sex too, but yeah not gonna work out, sorry." Stuff like that

And I mean this in person. This texting is like.. DURRR. You need to spice it up

MW: arent you affraid that you will hurt this kind of girls? They might be waiting for 'the right guy' so i imagine that their first sex might be a very strong experience and they will become attached. Basically i'd be a little affraid to go for a virgin i'd only like to sleep with.

Dudes be taking themselves too seriously thinking they're really going to hurt someone. Pff

Not only that but there's only about 20% chance she's telling the truth regardless.

Well i dd hurt some girls in the past by sleeping with them as they expecfed something else and fell in love. No virgins but one wasnt particularly experienced, and ive seen her twice - once she said we cant so i let her jerk me off (i thought she's on her period), and the second time i fucked her. But she was cuming madly, one orgasm after another. And that was it - bam, in love. Had to stop seing her.

Fucked a virgin my like second month of learning game.. followed me around like a lost puppy for months..

How I feel right now- 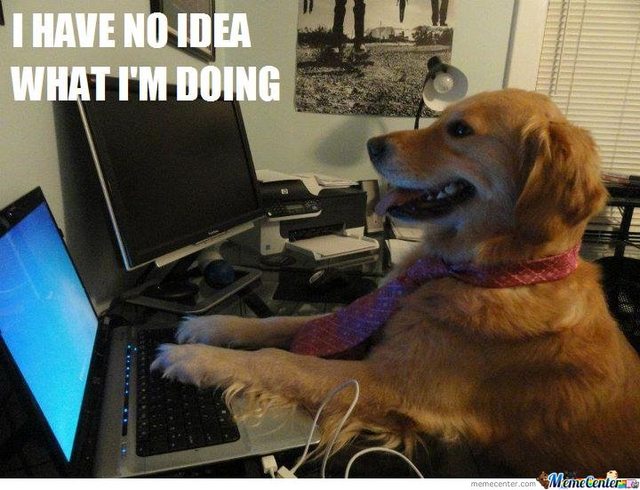 So Manwhore told me to disqualify her, but that sexual disqualification would be too much.

I think after the walmart text I could have said something like "sorry beb, I only hang out with the walmart regulars.  Can't let everyone know about the scooter races".  I think I just saw the long reply and replied on autopilot instead of thinking it through.

She's def investing way less than me at this point.

Me: Walmart greeters never greet me, what's wrong with me?
Virgin - 2 mins later: Haha the Walmart greeters are always biased towards their regular customers. But that's okay because you never want to be a regular at Walmart.
Me - 1 min later: Damn social rejection never felt so good :)
Me - 4 mins later: I'll be back in TO Thurs, gonna miss the 20 c weather here. Might have to sacrifice a couple of rabbits to the Sun God
Virgin: It's actually warm now
Me - 15 mins later: That's sweet. How's Toronto treating yah
Virgin - 1 min later: It's okay but I have way too much work to really enjoy it
Me - 7 mins later: Mid terms are evil haha
Me: Yah, don't ask about my day, its fine
Virgin: Oops :p

You aren't doing it, lol. Same shit again. It's decent but there's no curve ball. You trying to meet up with this girl? What's the plan for that


You aren't doing it, lol. Same shit again. It's decent but there's no curve ball. You trying to meet up with this girl? What's the plan for that

I was planning to get drinks at a bar.  That's what I'd told her we'd do when we met and she was pretty enthusiastic about it.

So I just reengage until she says/does something I can disqualify her on?

Yes but you need to give her a way to come back or a challenge that puts her in a box at the same time. When you say "Sorry we can't hang out you don't like ice cream" that's just like.. over. Derp. That's not a "false barrier" that's an actual barrier.

I just kept texting her, maybe throwing in the occasionall witty text.

I'm meeting up with her today evening for a bit as she wants to get home early.  Just a quick drink.  Just set up the date today.

Hoping she doesn't flake me last second.   Really good thing I'm getting a place downtown in like 4 days so i dont have to travel 45 minutes to get to a date lol.

So run some sexual disqualification during the date?

Btw here's some recent text convo(there was a whole lot of stuff beforehand).  That long text and anything after that was today.

Me: Sup *name* how goes prep for accounting
girl: Baaaaad
girl: Like this is not gonna be good
Me - 1 min later: Oh is it a afternoon or morning one?
girl: Afternoon
Me - 7 mins later: We should grab a drink so you can either drown your sorrows or celebrate :)
girl - 22 hrs 36 mins later: Sorry I didn't respond I was really stressed about this midterm and the idea of making plans with new people really stresses me out so I just procrastinated responding while I studied. I probably could if you are still down but I just don't want to be out late because I have to do a bio report for sunday and go to school saturday morning to use this software that's worth 36,000 so I don't want to try and pirate it lol
Me - 12 mins later: I appreciate your honesty :). Yeah let's do it I'm free around 7 or 8 for a hour or two if that's not too late for ya
girl - 1 hr 5 mins later: 7 would be good
girl - 3 mins later: Only because I really want to be home early
Me - 14 mins later: Yep that works for me. Can you meet me at *intersection* and *intersection*?
girl: Yes I can and its okay if we don't take too long I'm sorry I just really want to finish everything
girl: And I have a cold
girl: Basically a bad combo
Me - 4 mins later: Yeah that's cool. Ill have to meet a friend after anyways so 7 for a quick drink is perfect
girl: Sweet :)

Ok buhbs you obviously want to be sympathetic BUT you want to lead as well. Very obviously this girl is going to show up tense and distracted as fuck. You want to put her in a better place


Ok buhbs you obviously want to be sympathetic BUT you want to lead as well. Very obviously this girl is going to show up tense and distracted as fuck. You want to put her in a better place

Actually she showed up quite chill.

Verbally I think the date went fine.  Good banter, she was talking a lot, I was talking a lot and conversation was flowing.  I did a very good job in terms of that and she def had a really good time.

I dropped the ball with physical escalation though.  We were passionately making out when we met and now I felt I took a step back and didn't really kiss her or touch her a lot beyond a few hugs and social touching.   She had a cold which was pretty obvious but I know I could have done more in terms of dynamic physcality even if I didn't kiss her.

All good lesson learned.  Next day 2 I go on I'm going to focus on physicality. I already have that  down pretty solidly in  the bar/club environment but on dates I sometimes I get stuck on talking too much.

Wtf Butthead. How do you start a date again?


Wtf Butthead. How do you start a date again?

Kiss her on the cheeks or lips?

I was thinking that I should on the way there, she wasn't exaggerating that she had a cold lol, her nose looked like rudolph the reindeer's nose so I forgot about that.

Should have done it anyways.

I fucked some virgin girl like a couple weeks ago, she was hesitant as fuck too. Now I have her on my dick 2 or 3 days out the week.. I just remember telling her whatever happens between us stays between us..pretty much just telling her our little secret is safe with me..I guess they think you're gunna tell people idk

Another thing I do with virgin girls, or with all girls is tell them im a virgin too..they usually dont beleive it but its funny to play along I guess